An Evening with Goose

Connecticut rock band Goose announced they will be performing in Cincinnati at The Andrew J Brady Music Center on Friday, December 30th and Saturday, December 31st for a special New Year’s Eve performance.

The buzzing quintet, lauded for their meteoric rise in recent years, is very familiar with the Cincinnati area, having played twelve shows in the neighboring city, (Covington, KY) since 2018. The concerts will conclude a career-defining year for Goose, highlighted by the release of the critically acclaimed studio album Dripfield, inaugural sold-out shows at Radio City Music Hall and Red Rocks Amphitheatre, and performances at Bonnaroo, Newport Folk Festival, and Sweetwater 420 Festival. Although 2023 will undoubtedly see Goose soar to new heights, owing much of their success to the unyielding support of a swelling fan base, the band anticipates a warm reception from the Midwest market which was a mainstay in their foundational years.

“Cincinnati truly is our home away from home; It’s where we built our first following outside of Connecticut. From the band’s first-ever two-night run in 2018 to a handful of sold-out shows, we’ve shared so many memorable experiences with our amazing Cincy and Covington fans,” explained Peter Anspach (guitar, vocals, keys). “We haven’t been there since March 2020 and we’re so excited to return. I can’t wait to feel the energy in that room!”

A limited number of discounted hotel rooms have been made available at the closest hotel to the venue, the AC Hotel By Marriott Cincinnati, rooms are available NOW.

For more information, and to purchase tickets, visit goosetheband.com/tour.

Goose kicked off 2022 with a nationwide headlining tour that includes their inaugural arena show at the Mohegan Sun Arena. The band began a jam-packed summer with a two night stand at the legendary Radio City Music Hall on June 24th and 25th.

Dripfield, the band’s third studio offering, was released on June 24th, 2022. The album is an introspective dissection of Goose’s journey, anchored by a theme of balance.

While supplies last. Tickets are subject to price increase based on demand, applicable taxes and Ticketmaster fees. All events rain or shine. Dates, times and artists subject to change without notice. Arby's® Seats are general admission. Arby's® is not responsible for the sale or provision of tickets. Limit 4 tickets per person.

An Evening with Goose 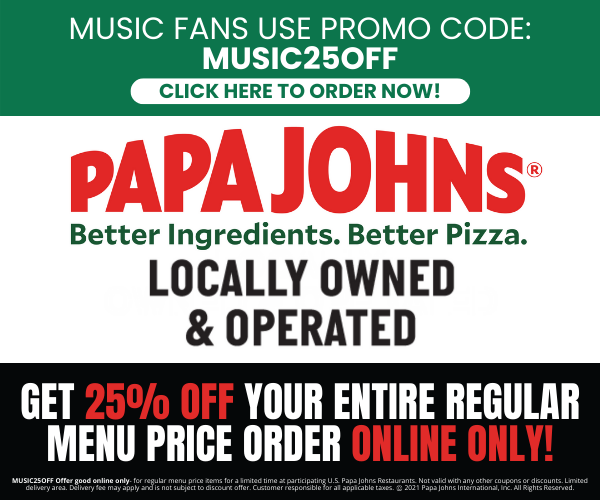